Recently, the World Press Freedom Index, 2021 produced by Reporters Without Borders (RSF), has yet again placed India at 142nd rank out of 180 countries. 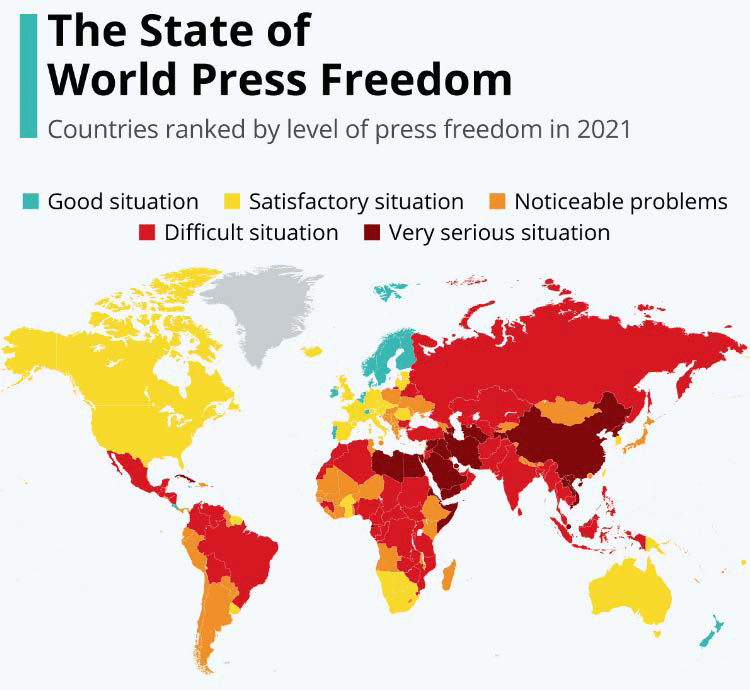 • The index is based upon the organisation’s own assessment of the concerned countries’ press freedom records in the previous year.

• It intends to reflect the degree of freedom that journalists, news organisations, and netizens have in each country.
• It also considers the efforts made by authorities to respect press freedom.• However it is not an indicator on the quality of journalism. 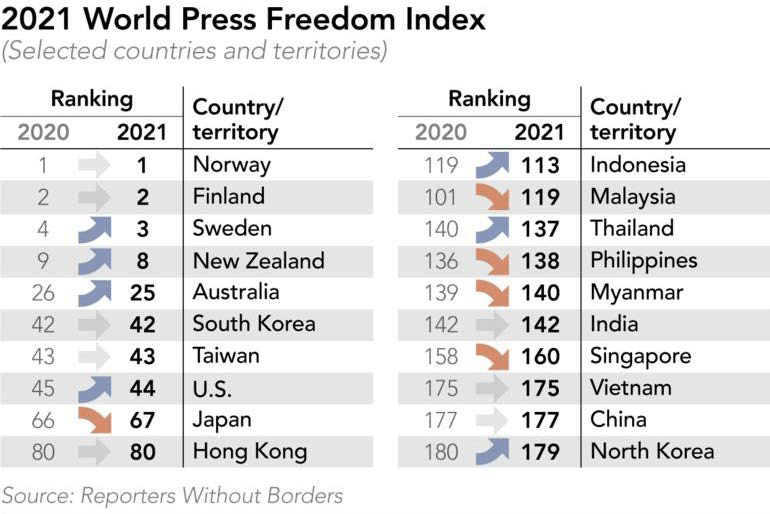 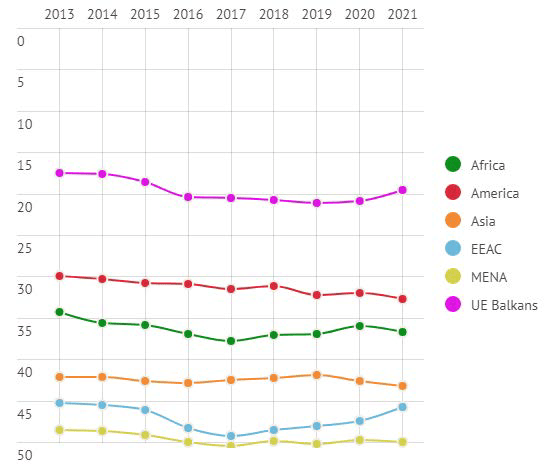 Reasons behind Decline in India’s Performance:
 Journalists are exposed to every kind of attack, including police violence against reporters,
ambushes by political activists, and reprisals instigated by criminal groups or corrupt local
officials.
 Pressure on the media to accept the nationalist government’s Hindu line.
 The “coordinated hate campaigns” waged on social networks against journalists.
 The campaigns are particularly severe when the targets are women.

What is Reporters Sans Frontieres (RSF)?
• Reporter Sans Frontieres, also known as Reporters without Borders is an international NGO based out of Paris France.
• It publishes the World Press Freedom Index annually.
• The Reporter Sans Frontieres has consultative status with the United Nations, UNESCO, the Council of Europe, and the International Organization of the Francophonie (OIF) which is a 54 French speaking nations collective.
• The NGO published the first World Press Freedom Index in 2002 and since then, it annually published the index ranking 180 countries.